Fake news is the buzzword of the hour. Countless articles and online tools (including my own Fake News LibGuide) have touched upon the subject, offering how-tos, tips, tricks and motivation to get your patrons to understand what makes fake news fake. 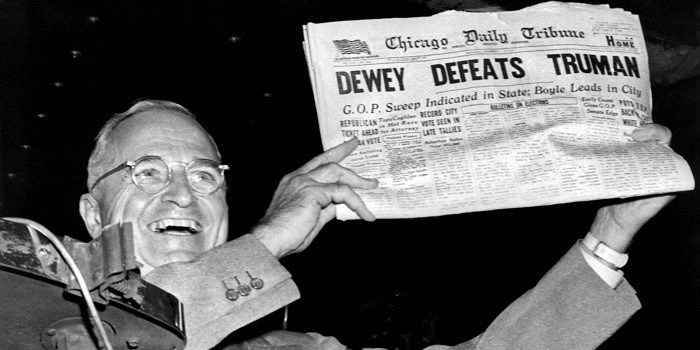 Conversely, however, another question needs to be answered: what makes real news real? With so much attention on rumors and conspiracy, many patrons don’t know what sources to trust anymore. Has their nightly news anchor told them lies all this time? Does their daily newspaper cover up the facts?

Real news is characterized by the following factors:

1 – It reports facts in a clear, mostly nonbiased manner. With the rise in highly partisan news sources, the line between fact and opinion has become even murkier than before. Some news outlets explicitly meld the two, such as Daily Kos (on the left) and Fox News (on the right).

2 – Real news is written by real journalists. While no organization exists to certify journalists, the Society of Professional Journalists, founded in 1909, developed its first code of ethics in 1926. This ethical code, which is espoused by thousands working in the fields of television, Internet publishing and various media, includes issues such as plagiarism, fact checking, accuracy and exposing potential conflicts of interest.

3 – Real news can be verified. The claims in a news article can be independently researched and backed by credible sources such as scientific studies, statistical data or government reports.

4 – Real news is found at real news sources. Real news sources build their reputations on integrity, honesty and the relentless pursuit of truth. News sources such as the New York Times, the Economist and CNN, among others, explicitly state their guiding principles. These media sources are accountable to their readers, their information sources and their employees.

It is up to us as librarians to assist our patrons in finding authentic news sources and steering them away from fake news. Patrons must be provided the tools to discern fact from opinion and fiction, no matter their ideological bent. We are not gatekeepers to information, but guides and fellow seekers. While real news is not perfect, it performs a valuable service in informing the public in a timely, accurate fashion.

21Feb
You got to have Knowlege... Read Past The Headline and Think Before You Share
06Feb
Am I Training or Selling?
29Jan
Let's get 2020 Started
Comments
Austin, Texas, United States